Campaign to save the Salaam Cinema in Baku – Case Study

The “Save Our Heritage” campaign began on May 6, 2019, and lasted until August 3. The main purpose of the campaign was to protect an ancient temple of worship and include it in the state list of historical monuments.

This case study was developed by Saadat Abdullazada for the Centre for Training and Consultancy (CTC).

In the early days of May, the owner of the premises of the Salaam Cinema Baku club, set up by a group of young people, demanded they leave the old building on 10 Suleyman Rustam Street in Baku. The young people, fearing the demolition of this historic building, rejected the request. As a result, on May 6, police and executive officers entered the building. At that time, force was applied against them. Several people were injured. On the same day, the issue gained public attention and the activists started the “Save Our Heritage” campaign.

The activists demanded that the government issue a statement that the building was in an emergency condition. They said they would not leave the building as long as the authorities did not clarify the matter and ensure the maintenance of the building. They guarded the building day and night. In the evenings, the young people organized various musical programs and performed theatrical performances.

As a result of the 3-month campaign, the building will be added to the list of historical monuments and the threat of demolition will be eliminated.

In April 2019, photos were posted of the construction of a restaurant in the historic Icheri Shahar (Old City) area of Baku showing that the historic castle walls could be damaged. Subsequently, people on social networks began discussing and clarifying the issue. As a result, the scandals and rumors were interrupted by the country’s vice president, Mehriban Aliyeva, who said that the historical monuments would not be damaged. Construction of the second floor of the restaurant, which had caused controversy, has been suspended.

At that time, there was a public sensitivity to historical monuments. This is when the Salaam Cinema issue arose.

The Molokan Temple — where the Salaam Cinema located.

An authorized representative of the building’s owner, B. Ahmadov, said he did not have a contract allowing the Salaam Cinema Baku movie club to operate. He said: “we have not entered into a contract with their representative. They entered the building on their own. They will be taken out of it. It is illegal for the club to operate there. The building will not be demolished, it will be restored and put into operation.”

Flow of the Campaign

The conflict between Salaam Cinema and the owner of the building coincided with the Imagine Tolerance Festival organized by the EU Delegation to Azerbaijan. At a press conference for the opening of the festival on May 1, Deputy Chairman Denis Daniilidis said that some of the festival’s events would be held at the Salaam Cinema, an old building that needs protection.

Up to one hundred young people took turns occupying the building without interruption. They launched a campaign on Facebook urging citizens to prevent the building’s demolition. Then, foreign diplomats and public figures visited the building to support the youth action.

Ambassador Kastutis Yankauskas and his deputy Denis Daniilidis arrived at the scene due to the conflict around the building. They listened to representatives of Salaam Cinema Baku.

In the course of the campaign, the building’s protectors appealed to First Vice President Mehriban Aliyeva to intervene and prevent the building from being demolished.

After the appeal, the Vice President of the country, M.Aliyeva, responded to the issue. “Preserving the architectural and historical heritage of Azerbaijan and its capital, Baku, is a priority for all of us. The solution to this problem requries both civilian and active public sector control. The situation around the old building on Suleyman Rustam Street in Baku is under the control of the state.”

Mehriban Aliyeva said that all necessary measures were being taken to prevent damage to the country’s cultural heritage.

Following the response from Mehriban Aliyeva, the group decided not to leave the building until it was granted the status of a historic monument, which is an “inviolable” guarantee. In the evenings, they performed improvised concerts and other events, which brought together many people. Many residents of the city were drawn to the activists who were defending the building. For example, some people brought food and water to the activists.

The day the protection campaign began.

The issue surrounding the Salaam Cinema club was actively debated by some in Baku and initially, reactions to the event were different. The process was described as the “revival of a protesting youth movement” by some, the creation of an independent art arena, which is very rare in Baku by others, and finally, it was just a reaction by residents of Baku to the destruction of the city’s cultural heritage.

On June 28, 2019, the Institute of Architecture and Art of the Azerbaijan National Academy of Sciences (ANAS) sent a report to the Ministry of Culture on the inclusion of the Salaam Cinema Baku in the list of state-protected historical monuments.

According to the head of the institute’s department for protection and restoration of architectural monuments, the Cabinet of Ministers immediately began to review the appeal of ANAS in order to consider including the building of the Salaam Cinema Baku in the list of historical monuments.

An expert group was set up by the Recovery Problems Department which reviewed the premises of the Salaam Cinema Baku at 10 Suleyman Rustam Street, Baku. It confirmed that the building was eligible for historical monument status.

The expert group prepared a positive recommendation for the building’s registration as a monument and sent it to the Ministry of Culture. This recommendation will be submitted to the Cabinet of Ministers by the Ministry of Culture in the near future. After approval by the Cabinet of Ministers, the building of the Salaam Cinema Baku will be included in the list of state-protected historical monuments.

August 3 — The Cabinet of Ministers included the building of the Salaam Cinema Baku, known as the “Molokan’s House”, on the list of architectural monuments. Prime Minister Novruz Mammadov signed a resolution approving this.

On August 2, 2001, the Cabinet of Ministers adopted a resolution “On approval of the distribution of immovable historical and cultural monuments taken under state protection in the territory of the Republic of Azerbaijan”. In accordance with the Prime Minister’s amendments, paragraphs 3166-1 and 3166-2 were added to the “Architectural Monuments” section of the “List of Local Historical and Cultural Monuments”.

The Salaam Cinema is still operating in the building 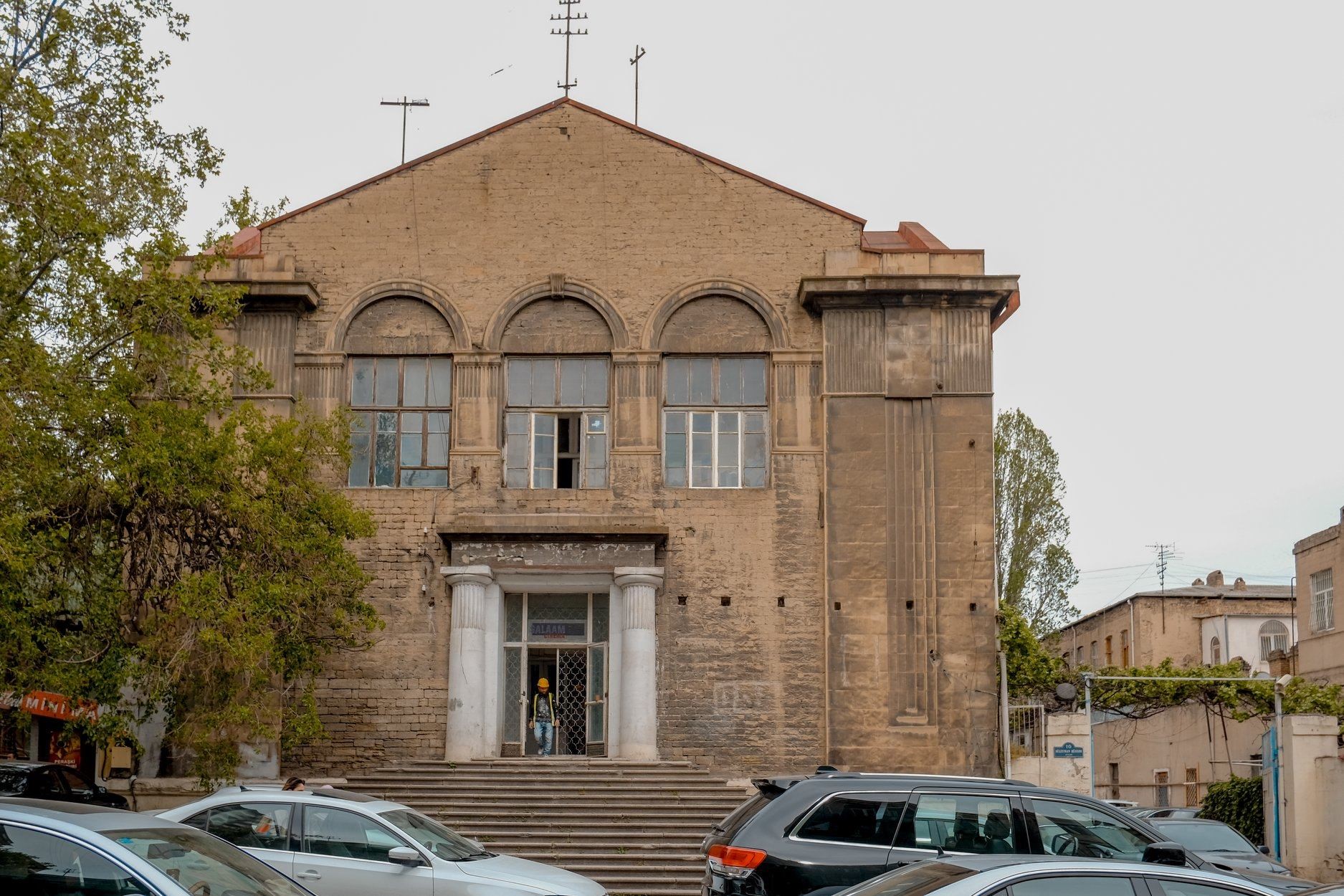